Hyundai’s former lawyer has been indicted on federal charges of perjury and obstruction of justice stemming from his involvement in attempts to cover up diesel-engine violations. 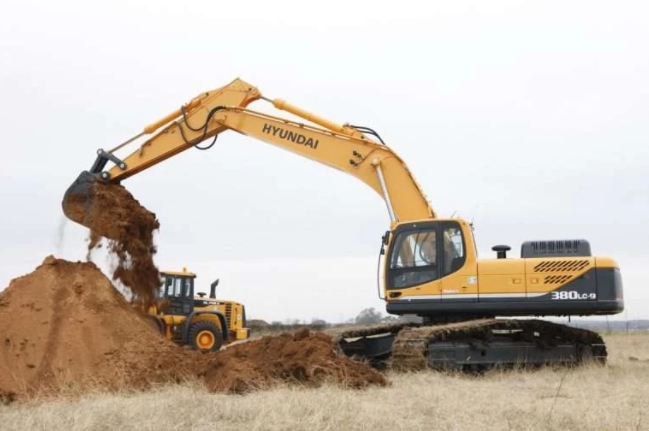 Attorney John Lee of Chicago faces three counts of perjury and one count of obstruction of justice for allegedly lying to a grand jury in 2017 about his legal advice to Hyundai concerning the violations, according to a federal indictment. Machinery parts catalog – AGA Parts company. Hyundai later paid a $1.95 million criminal fine in November 2018 and settled a civil case in October with the federal government for $47 million for violating the Clean Air Act. The company’s involvement in the matter is closed.

Lee is accused of lying about advising Hyundai officials who filed a false report to the U.S. Environmental Protection Agency concerning the company’s Tier 4 Final emissions compliance for diesel engines in its heavy construction equipment.

Hyundai was involved in the Transition Program for Equipment Manufacturers in which it was allowed a certain amount of diesel engines it could import and sell that did not meet Tier 4 Final standards. After that number had been reached, the company was required to be fully switched to Tier 4 Final engines. Each year, companies in the TPEM program were required to file a report to the EPA.

On June 12, 2013, Hyundai officials were advised by a company consultant that the company had violated the program’s terms and could be fined.

Lee later advised Hyundai officials to use their personal email accounts to discuss the matter rather than company accounts to make it difficult for the EPA to obtain their correspondence, according to the indictment.

On March 31, 2014, Hyundai submitted its 2013 report to the EPA. The EPA later said Hyundai underreported at least 2,269 illegal diesel engines in off-road equipment. A whistleblower alerted the EPA to the case in 2015.

During the criminal case against Hyundai, Lee allegedly told a federal grand jury on April 14, 2017, that he “never gave any advice about the decision not to disclose the alleged violations.” He also denied ever seeing an advance copy of the report filed with the EPA.

The indictment says emails indicate Lee gave advice and saw the report before it was filed. It also says his failure to produce emails that the grand jury subpoenaed during the criminal proceedings constituted obstruction of justice.

“Lying to the grand jury, concealing information and obstructing a federal investigation undermines the public’s trust in the criminal justice system and will not be tolerated,” said Assistant Attorney General Jeffrey Bossert Clark of the U.S. Justice Department’s Environment and Natural Resources Division. “The Department of Justice will aggressively investigate and prosecute those who seek to cover up or obstruct a federal investigation.”

Lee has pleaded not guilty to the federal charges and was released on his own recognizance.